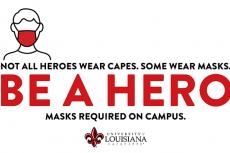 I want to know more

Researchers at the University of Louisiana at Lafayette are developing a virtual network for information sharing nationwide during natural disasters and other large-scale emergencies.

The system - a virtual portal - will provide up-to-date information and status reports on the availability of food, fuel, medicine and lodging by mapping the open or closed status of retail outlets. This type of information was found to be critical for public safety during disasters such as hurricanes Katrina and Gustav and more recently, Superstorm Sandy.

The Institute's network will also offer other critical information, such as road closures and evacuation notices.

The centralized data would be beneficial in both preparing for and dealing with the aftermath of a range of potential emergencies, including hurricanes and terrorist attacks.

"It's going to be utilized to help bridge gaps in information sharing," said Dr. Raju Gottumukkala, NIMSAT director of research.

Rhode Island, Iowa, Colorado, Illinois, Mississippi, Arkansas and Florida are some of the states inquiring about implementing the portal, Gottumukkala said. Many cities, including New York, San Diego and New Orleans, as well as big retailers like Wal-Mart, Verizon and Walgreens, are also expressing interest, and driving the implementation of the system.

Introduction of a preliminary model of the Virtual Business Emergency Operations Center (VBEOC) network, an offshoot of a system already in place in Louisiana, is planned for this summer.

"The public and private sectors operate in silos," Gottumukkala said.

In addition to pinpointing information near the sites of emergencies, the virtual Business Emergency Operations Center network will promote information sharing among states. For example, if a hurricane struck Alabama or Louisiana, a shortage of fuel or generators could be addressed by checking with providers in Mississippi or Texas via one, streamlined system.

NIMSAT was launched in 2007 following Hurricanes Katrina and Rita. Through research and hands-on assistance, the institute's goal is to improve emergency preparedness, response and recovery related to natural disasters and other crises.

"Confusion and ineffectiveness caused by information-sharing snafus sparked national attention during Hurricane Katrina. The issue continues to be the holy grail of emergency management," said Dr. Ramesh Kolluru, interim vice president for research at UL Lafayette and founding director of the NIMSAT Institute.

Recently, the Federal Emergency Management Agency enlisted NIMSAT to assist with Superstorm Sandy recovery efforts. Sandy, which struck the eastern seaboard October 29 killed more than 100 people in the United States and more than 250 in seven countries. The storm, which brought high winds and rain affecting more than 20 states, caused $70 million in damage in New York and New Jersey alone.

In the days after Sandy, the NIMSAT team in Lafayette collaborated with Google personnel to map the locations of open gas stations, stores, pharmacies and hotels in some of the affected regions of the northeastern United States. NIMSAT formatted raw data gathered by emergency management officials for display on a GIS, or geographical information system.

During the aftermath of Hurricane Sandy many groups and individuals, from across the country, offered assistance," said Kenny Wilkins, who was on a 90-day rotation with FEMA as National Business EOC Director during Superstorm Sandy. "The NIMSAT in Louisiana staffed up to work with Google and provide technical assistance to increase visibility of goods and services."

The NIMSAT team also collected data in advance of Hurricane Isaac to give gas station owners, bulk suppliers and transporters a window into area fuel needs. The institute also has assisted in non-weather related emergency situations, including the BP Deepwater Horizon oil spill.

"Each and every event we are involved with, we realize the gaps in information sharing between the public and private sectors. Hopefully, one or two years down the road, we'll solve this problem," Gottumukkala said.